Your Are Here → Home → UGPFF15 Sydney

Audience members present will be able to interact with filmmakers from all around the globe through an online Google+ hangout.

Over the past 23 years, the New York Film Academy has built a reputation as one of the premier hands-on film and acting schools in the world.

With our innovative hands-on approach to teaching, students find themselves completely immersed in their course of study, surrounded by award-winning faculty and working with state-of-the-art equipment and facilities. The project-based curriculum is designed to reflect a real-world environment while encouraging students to explore their own creativity and passions.

A wide array of course offerings are available, including our hands-on intensive Filmmaking, Acting for Film, Screenwriting, Producing and Directing programs as well as short-term and evening workshops.

Students will have the opportunity to work and train with seasoned professionals from both the local and international film industry. New York Film Academy Australia offers Certificate III through to Advanced Diploma level programs. Students have the opportunity to continue their study towards an American BFA (Bachelor of Fine Arts) at our Los Angeles campus, or articulate to higher-level study with Queensland University of Technology. 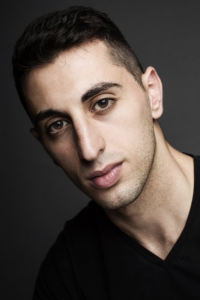 Hi there, My name is Joseph Frangie. I’m a young ethnic Australian actor. Last year, I was a member of the inaugural actors of New York Film Academy’s Sydney campus; where I was trained by some of the best in the industry including European Academy Award nominee Clara Voda, who continues to personally mentor me. I got hands on set experience with highly acclaimed directors such as Serhat Caradee (Ceadar Boys) and Samantha Lang (Carlotta, The Well). While studying I also had the opportunity to work with up and coming filmmakers, and took part in a total of 27 short films in just one year, more than any other actor in the history of New York Film Academy. A selection of these films are currently hitting the award season circuit. ‘Wolf’ and ‘Fryboy: Deadline’ have caught the eye of executives at Event cinemas and are set to screen before some of their ‘Cult Classics’.

More info on the UGPFF