Join us on  for an insightful discussion about creating great stories and beautiful images with your mobile device such as your iPhone, or Android. 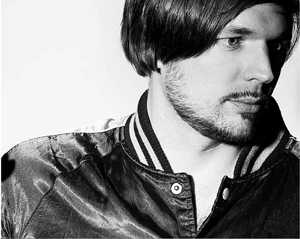 Max’s films are reviewed in Cinemascope and Vague Terrain. He is referred to as a pioneer and leading practitioner of mobile phone filmmaking. Max also conceptualized and conducted numerous mobile filmmaking workshops with 21cc, the educational link of the BBC, local councils, community groups and film festivals in London, Ekaterinburg, New York, Wellington and Auckland. Max curates the International Mobile Innovation Screening and in collaboration with the New Zealand Film Archive he produced the International Mobile Innovation DVD.

Max’s publications include the Journal of Media Practice, VJ theory, Culture Visuelle, HZ Journal, a chapter on Mobile Creativity in Mobile Learning: Pilot Projects and Initiative book and a chapter on Collaborative Mobile Phone Film Making in the Handbook of Participatory Video. He is reviewer for the Journal of Creative Technology and Informing Science Press. Max is a member of the Informing Science Institute and worked on mobile media consultancy projects for Nokia and Frontier Strategy. He is featured in The Next Web Magazine’s “Disconnect: The Future of Mobile” issue. Max co-found the international mobile creative network FILMOBILE and MINA, the Mobile Innovation Network Aotearoa. 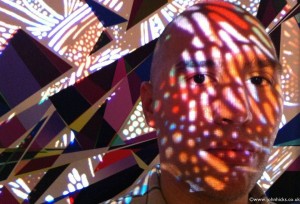 Luis Mieses, a.k.a. Conrad Mess, was born February 23, 1974 in Zaragoza, Spain. With no formal film training, Conrad attempted to fulfill his dream of making movies for the first time at age 37, in February 2011. He showcased his first short film, Avenger Love, as an amateur with a home (consumer) video camera.

Soon, Conrad began to meet people who were dedicated to film. He received an invitation from a producer in the U.S. to participate in the Pray for Dawn Teaser Trailer Competition. August 2011, Mr. Mess premiered his second short film The Fixer. However, this time, he filmed it with his wife’s iPhone.

After The Fixer, He had the oportunity to shoot his next Short film in Hollywood, “The Russian Roulette”, with Adi Spektor, whom he met thanks to Ruben Kasantsev, founder of the IPhone film festival.

In january 2012 Conrad was invited to the Macworld in San Francisco to screen The Fixer and the teaser of his new movie “The Russian Roulette”, along with other filmmakers as the korean Wonsuk Chin.

In September the 4th, Susy Botello of S. Botello Productions, founder of the San Diego Mobil Film Festival, found the new “San Diego Mobil Film School” and Conrad Mess is gonna be the co-leader with Max Schleser, they’ll be on charge of several filmmakers, they are gonna create a syllabus, and teach people with videotutorials, masterclasses and workshops all over the world.

September 21st 2012 Conrad was in London at The Smalls Film Festival giving his first iPhone filmmaking masterclass. Conrad won 3rd place and audienceaward with his first commercial at the ENDING HUNGER contest “30 seconds to end hunger” in october 2012.

Conrad shot of his new Iphone Short Film for IndiePhone, “The Asking Room” with very good feedback. Vengeance was Conrad’s madness that has been iPhone film festival best short film winner. His latest project “The Other Side”, shot entirely on a green screen with an iPhone 5 has won Phonetastic-Sitges, film festival of Catalonia. . 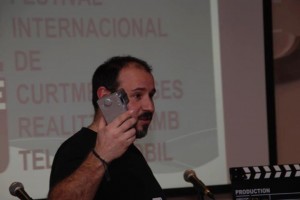 Working for so many year in several  Finantial entities  as IT Project Manager and Web Designer, David Cornado founded Lokuos Films association in 2008 trying to get more exposure for the indie films. His dreams was to bring people the opportunity to make movies and that’s how Cinephone  international smartphone short film festival was born in 2012.