What if you discovered that you are an active participant in atrocities beyond your worst nightmares?… That your silence and inaction have lead to violence and death?… Ignorance is no longer bliss and a fat pay check. The Courier explores a karmic theme with a twist. Joseph George Mendicino plays Joey – a seemingly nice guy who consciously disguises his identity to do his job. We meet him on the day that his beautiful girlfriend questions his activities and their karmic import, suggesting that he may be a silent cog in a ghastly machine. Then when an unexpected event forces him to reconsider everything, he is given unexpected powers to make amends with startling consequences. 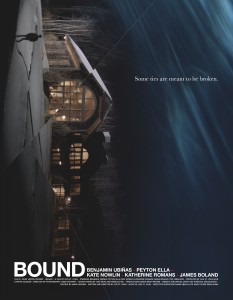 BOUND is a thrilling drama about a teenage boy named Derrick who finds himself trapped by responsibilities, torn between the dependency of his family and the loyalty of his friends. Overwhelmed with burden, he is drawn to his best friends who free him from his home and remind him of what his childhood should feel like. But as things get out of hand, Derrick is left to pick up the pieces and face the consequences. 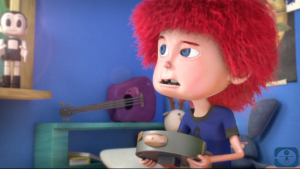 If we live without any purpose, reward or meaning, time flows mechanically. Meaningless life is not worth continuing. Purposeless life leads human existence to a point of being a mechanical clock. It is needless to say one must live a worthwhile and meaningful life. Unlike a machine, a man should leave behind fruitful jobs and worthwhile accomplishments. A clock symbolizes a machine-like human. Life is precious. It should be spent to make a man who can and is willing to contribute to the world. A manâ€™s name is left behind after his death. In other words, he should lead a life of worth. 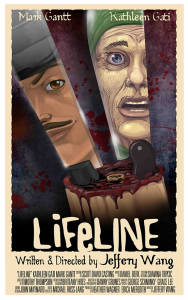 When an enigmatic traveler with an unusual lifeline pays a visit to Madame Golorio’s psychic parlor, the ailing palm reader is compelled to take the future into her own hands. Lifeline is a darkly comedic exploration of the depths one person will sink to save herself and the lengths another will go to in order to lose himself. The brainchild of director Jeffery Wang, it’s a slapstick, bloody battle between mortality and immortality. 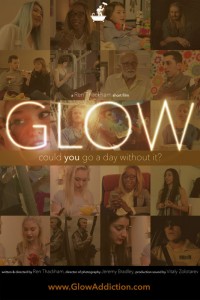 Glow is everywhere and it’s highly addictive, just because it’s the light from a smartphone does that make it any less destructive than a drug?