Your Are Here → Home → Asheville, NC

The Unofficial Google+ Film Festival (UGPFF) is proud to host another LIVE Global event in Asheville, NC with our gracious hosts at NYS3 acting conservatory studio.  This LIVE event will be interconnected with our other LIVE event half way across the globe in Wellington, New Zealand.

As an audience member, you’ll be able to watch great short films, interact directly with the filmmakers, and network with others in a meet and greet casual setting that includes beer and wine. Doors open at 6:00 pm, films start at exactly 7:00 pm so please arrive at least 15 minutes before screening begins. This event is available to anyone with a suggested donation of only $10.00 per person.  Celebrate Cinema with the World!

NYS3 is a New York style conservatory located in the mountains of Asheville, NC. Their mission is to provide professional, affordable, high caliber training in every facet of the performing arts including stage and film acting, filmmaking, writing, performance improv, and voiceover. 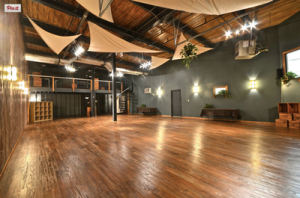 NYS3 Studio offers New York quality training in the arts in the mountains of North Carolina. With 5 career tracks and 16 instructors- with over 350 years of industry experience- NYS3 offers amazing learning opportunities for anyone that is interested in learning or extending their craft.

Our faculty has the extensive professional experience and the instructional knowledge and skill sets to give students the technical skills, confidence and creative instincts necessary to work as a fully versed actor in the industry. NYS3 offers a 2-year Professional Track Program in Theatre, Film and Voiceover for the serious, aspiring actor as well as a la carte classes for those who are looking to polish their acting skills or just to try something new that will enrich their lives. 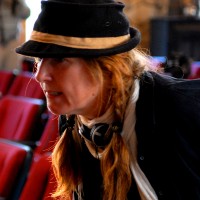 Jaime Byrd is the founder of Blind Lyle Films and has worked for almost a decade in the film, video, and editing medium, where her skills have resulted in multiple awards for her work in both narrative and documentary film.

Immersing herself in what has been an ever-changing world of digital and new media, Jaime has mastered the art of capturing the moment and telling stories from a new and emotional perspective.  Her work as a director, cinematographer, and editor has made her an even stronger producer as its only through these processes that one can see the reality of a production and its true effectiveness.

More info on the UGPFF

You may interact with this live event via at anytime once the festival begins on Saturday November 15, 2014 at 1:00 pm NZDT (GMT+13)

RSVP to the whole festival here: